SHORTS IN THE WOODS 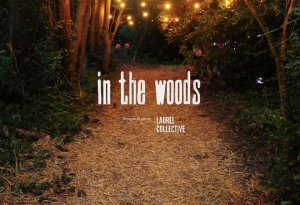 Rushes Soho Shorts is delighted to announce its guest programme for In the Woods Film festival taking place on Saturday 1st September 2012.

Now in its 7th year, Laurel Collective and friends are putting on their very special one day festival in an enchanted secret woodland location, just one hour south of London. Curated and pulled together by the band with a small crew of dedicated helpers, the festival has fast become a watershed show for new talent.

Whirlygig Cinema is  hosting the festival’s film programme and will present an eclectic and captivating showcase of short films, offering festival goers an insight into the vast and exciting world of filmmaking. Alongside Rushes Soho Shorts and their own nature-themed presentation Au Naturel, the festival will also feature guest programmes from Radar Music Videos, Straight 8 and live score connoisseurs The Cabinet of Living Cinema.

We celebrate the wealth of talent working across all genres of short format productions. For us that means anything under 45minutes including fiction, factual, animation, music video, and digital content in every degree. Year round Soho Shorts helps curate programme across the UK and internationally. Contact us if you want to team up.
View all posts by Soho Shorts »
« SCALA BEYOND STARTS TOMORROW
SEPTEMBER EVENTS »