ARTPROJX AND STEVENSON PRESENT ‘THIS IS A TRUE STORY’ 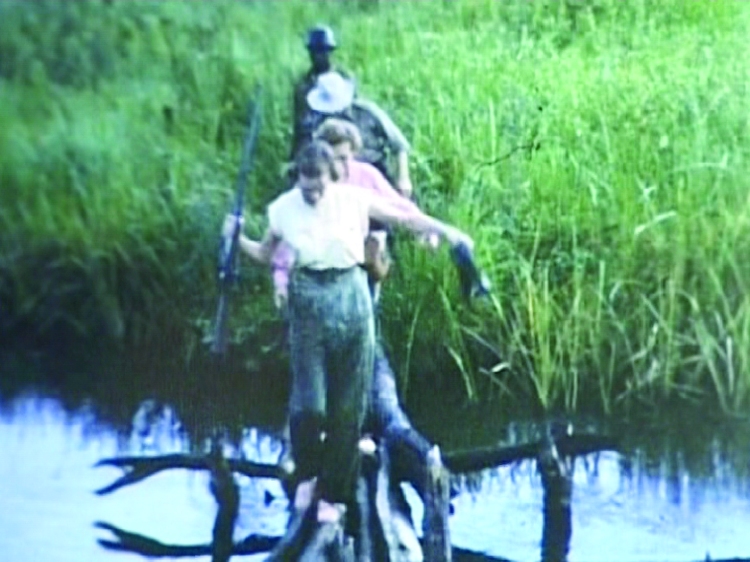 Artprojx and Stevenson present ‘This is a true story’: Four short films by Penny Siopis

with TJ Demos and Penny Siopis in conversation and introducing the films.

Tickets £10 (discount £5 for artists, students, curators and PCC members)
Box office: +44 (0)20 74943654 www.princecharlescinema.com
(each ticket is entitled to one free beer and popcorn)

Penny Siopis is a South African of Greek descent. She lives in Cape Town where she is an Honorary Professor at Michaelis School of Fine Art, University of Cape Town. Siopis works in painting, film/video, photography and installation. Her work since the 1970s has covered different foci but her interest in what she calls the ‘poetics of vulnerability’ characterises all her explorations, from her earlier engagements with history, memory and migration to her more recent concerns with shame, violence and sexuality. She has exhibited widely, both in South Africa and internationally, and has taken part in the biennales of Sydney, Johannesburg, Guangzhou, Havana and Venice.

TJ Demos (in conversation with the artist prior to the screening) lectures in the Art History Department at University College London. He writes widely on modern and contemporary art, and is the author of Dara Birnbaum: Technology/Transformation: Wonder Woman (Afterall Press, 2010), and The Exiles of Marcel Duchamp (MIT Press, 2007). He was recently the co-curator of Uneven Geographies: Art and Globalisation at Nottingham Contemporary in May-June 2010, and was director of the research-exhibition project Zones of Conflict: Rethinking Contemporary Art during Global Crisis in 2008-09.

The films screening are:

My Lovely Day  (1997, digital video, sound, 21 min 15 sec)
Made for the second Johannesburg Biennale in 1997, My Lovely Day combines spliced sequences of 8mm home movies that the artist’s mother shot in the 1950s and 1960s in South Africa to tell a story of displacement and migration. While the narrative ‘voice’ is that of Siopis’ maternal grandmother speaking of her literal and emotional journeys to Greece, England and South Africa in the early part of the 20th century, and to some extent overlooking the apartheid moment from which she speaks, the film has wider resonance as an allegory of globalisation and exile. The sound comprises traditional Greek music and an old 78 rpm record, made in 1955, of Siopis’ mother singing ‘This is my lovely day’. The uneven quality of the found footage dramatises the nature of the film as artifact and resonates with the fragmentary nature of memory.

Obscure White Messenger (2010, digital video, sound, 15 min 07 sec)
Obscure White Messenger uses found home-movie footage to tell the story of Dimitrios Tsafendas, who assassinated the South African prime minister and ‘architect of apartheid’, HF Verwoerd, in 1966; it takes its title from a reference to Tsafendas in Nelson Mandela’s autobiography, Long Walk to Freedom. What drove Tsafendas, a man of mixed race, a migrant, working as a parliamentary messenger at the time, to commit this act? Siopis explores the intermingling of madness and political motive evident in transcripts of interviews with Tsafendas. Throughout the film there is the question of who the ‘illegitimate’ Tsafendas is and where he belongs; of what it means to be stateless in a world where citizenship all too often establishes and legitimates what it means to be fully human.

Communion (2011, digital video, sound, 5 min 30 sec)
In Communion the story is about an Irish nun, Sister Aidan, who was also a medical doctor, Elsie Quinlan. She was murdered by a crowd of angry people in the Eastern Cape, who were protesting against apartheid laws during the Defiance Campaign in 1952 in South Africa. Many of the people in the crowd knew and loved Sister Aidan, but she was in the wrong place at the wrong time. In newspaper reports and scholarly articles, questions emerged about ‘common cause’ and culpability – which of the crowd committed the murder? Pathologists could not determine how she died, because parts of her body were missing, some allegedly eaten. Siopis situates Sister Aidan’s ‘voice’ (read as subtitles) in the first person: she narrates her own death, as if from the grave. Contingency is hooked to historical fact through Siopis’ selective use of text in combination with film sequences – anonymous home movies that do not connect in any way to the empirical facts of the story. The sound is an African lullaby.

The Master is Drowning (2012, digital video, sound, 10 min 25 sec)
In The Master is Drowning the artist extends her use of found film beyond home movies to historical documentary, combining private and public film sequences to create a story that is both fictive and ‘real’. The narrative unfolds chronologically, culminating in the attempted assassination of the South African Prime Minister HF Verwoerd by David Beresford Pratt, a white liberal businessman and farmer. The attempt occurred in 1960 on the eve of the inauguration of the apartheid South African Republic, and is depicted through the inclusion of actual news footage from that time. Pratt went to the annual Agricultural Show in Johannesburg and shot Verwoerd twice in the face at point blank range following his opening address. Miraculously, Verwoerd survived, and in the ensuing court process Pratt, who suffered from epilepsy, was declared unsound of mind. The words in the video are Pratt’s, drawn from different sources including transcripts of his trial and newspapers of the time. The music is generally from the 1960s.

STEVENSON is a contemporary art gallery with spaces in Cape Town and Johannesburg. The gallery opened as Michael Stevenson in Cape Town in 2003 and partnered with David Brodie in Johannesburg in 2008; today it is jointly owned by its six directors. The gallery hosts solo and group exhibitions that engage with contemporary art practice in South Africa as well as Africa and its diaspora. In addition to giving (South) African artists access to the rest of the world, its FOREX programme, started in 2009, has brought the work of international artists like Francis Alÿs, Rineke Dijkstra, Thomas Hirschhorn, Glenn Ligon and Walid Raad to South Africa, often for the first time. Stevenson has an active publication programme that includes catalogues for many of its exhibitions and artists. Art fairs in 2012 include Frieze New York, Art Hong Kong, Art Basel, ABC – Art Berlin Contemporary, Frieze London, Paris Photo and Art Basel Miami Beach.

We celebrate the wealth of talent working across all genres of short format productions. For us that means anything under 45minutes including fiction, factual, animation, music video, and digital content in every degree. Year round Soho Shorts helps curate programme across the UK and internationally. Contact us if you want to team up.
View all posts by Soho Shorts »
« OUT AT THE MOVIES: BOYS, BROMANCE & BUDGERIGARS
THE LONDON SCREENWRITERS’ FESTIVAL »