There’ll be much excitement in Cardiff over the rest of this week as Iris spreads her wings and present’s the world’s largest LGBT short film prize, a magnificent £25,000 for the winner to make another short film. During the five day festival which takes place in Cineworld, Chapter and the Park Inn Hotel the festival will also showcase 8 new feature films.

The festival opens with the UK premiere of the highly anticipated Yossi by Eytan Fox. The film is a follow up to the award winning Yossi and Jagger (2002) and picks up the story of Yossi as a middle aged doctor who is unable to move on following the death of his lover.

The festival closes with Codependent Lesbian Space Alien Seeks Same which needs very little explanation! Written and directed by Iris Prize alumnus Madeleine Olnek the film is an unapologetic, tongue firmly in cheek, comedy spoof based in New York. Madeleine will be at the screening.

The main areas of interest for 2012 will be:
Funding
Examining the latest trends in low budget projects including crowd funding
The latest methods of distribution offered by the digital revolution.

S4C will also give a presentation on the criteria for their co-production fund. The event will close with lunch and the BAFTA in Wales Key note address.

Who should attend?
Producers, directors, writers, distributors, exhibitors, festival programmers, film reviewers or anyone else working in the film sector who would like to discuss the latest issues to affect the film industry.
To register visit:  www.irisprize.org/producers-forum or e-mail: berwyn@irisprize.org 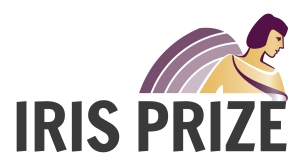 “In this our sixth year, I wanted to go up a gear or two, to keep Iris fresh, exciting and relevant. Building on the firm foundations established during our inaugural festival back in 2007, I’m confident that 2012 will be seen as a landmark year for the festival,” said Festival Patron, Andrew Pierce.

“We’ve extended the festival by an extra day to enable us to present a more lavish awards show. Guests will be treated to a champagne reception before enjoying a three course lunch as part of the new ceremony, which will be hosted by Amy Lamé. Having seen Amy perform I know she will bring a sense of glamour and mischief to the awards show as we announce the winner of the 2012 Iris Prize,” he added.

The festival recently confirmed that Lisa Power MBE from the Terrence Higgins Trust will be chairing the 13 strong international jury.

“I’m absolutely delighted to be asked to Chair the Jury for the Iris Prize. I’ve been a member and supporter of Iris for several years and love its commitment to artistic diversity and internationalism as well as its sense of fun. It’s put Wales firmly on the international LGBT map and calendar and is a great ambassador for the country’s values,” said Lisa Power.
“The Iris Prize, thanks to the generous support of my fellow patron Lord Glendonbrook, continues to be the world’s largest short film prize valued at £25,000 offering a talented film maker the chance to make a new short film. Iris’ enthusiasm for supporting new and emerging talent is only matched by the quality of the work we receive, confirming without doubt that Iris represent’s the best of the best, said Andrew Pierce.

The organisers have also confirmed that Daniel Boys will be attending the premier of Little Man. Directed by Iris Prize winner Eldar Rapaport the film is Daniels first gay role and debut film. The popular musical theatre actor will also be attending the Iris Awards Show.

We celebrate the wealth of talent working across all genres of short format productions. For us that means anything under 45minutes including fiction, factual, animation, music video, and digital content in every degree. Year round Soho Shorts helps curate programme across the UK and internationally. Contact us if you want to team up.
View all posts by Soho Shorts »
« THE 16th UK JEWISH FILM FESTIVAL
SWEDENBORG SHORT FILM FESTIVAL CALL FOR ENTRIES »