At the birth of his son Gabreel, Emad Burnat is given his first movie camera and begins recording both Gabreel’s childhood and the conflict growing around them.

Filmed from the perspective of a Palestinian farm laborer, 5 Broken Cameras was shot using six different video cameras – five of which were destroyed in the process of documenting Emad’s family’s life as well as Palestinian and International resistance to Israeli appropriation of land and occupation.

Director Q&A – Saturday 20 October, 3:15pm
There is a special Q&A with Guy Davidi, co-director of the film on Saturday 20 October after the 3:15pm screening. The Q&A is chaired by Áine O’Brien, co-director of Counterpoints Arts, which is a hub for creative projects by and about migrants and refugees. In addition to Platforma, its projects include Refugee Week and the Simple Acts campaign.

Share the news with a friend and ask them to quote “Friday Afternoon Activism” when booking at the ICA to receive 20% off your ticket price (offer only available over the phone or in person, for full price tickets. T&Cs apply). 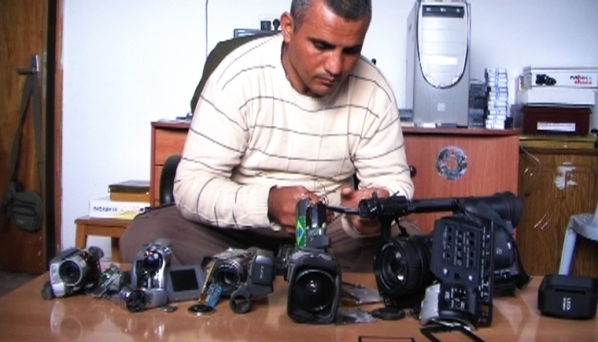 We celebrate the wealth of talent working across all genres of short format productions. For us that means anything under 45minutes including fiction, factual, animation, music video, and digital content in every degree. Year round Soho Shorts helps curate programme across the UK and internationally. Contact us if you want to team up.
View all posts by Soho Shorts »
« AUSTRALIAN FILMMAKER TAKES THE 2012 IRIS PRIZE
CALL FOR ENTRIES TO THE REED.CO.UK 2013 SHORT FILM COMPETITION »