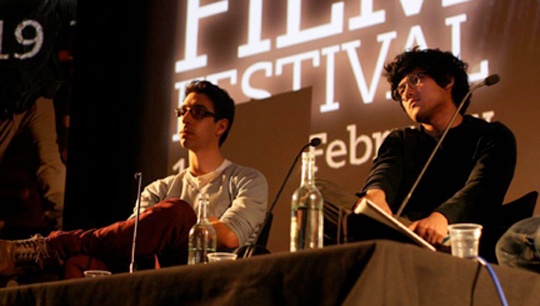 The BFI and Ideas Tap are inviting short film submissions from filmmakers aged 16-25 to be considered for inclusion in the 6th Future Film Festival in February 2013. Selected films may also be given additional screenings at the BFI Southbank during the festival – and filmmakers could even be nominated for a Future Film Award. The submissions categories are documentary, animation and fiction and the deadline for all submissions closes at 5pm on 16 November. Find out more and apply here: http://bit.ly/TkhbJU .
See the 2012 festival trailer:

We celebrate the wealth of talent working across all genres of short format productions. For us that means anything under 45minutes including fiction, factual, animation, music video, and digital content in every degree. Year round Soho Shorts helps curate programme across the UK and internationally. Contact us if you want to team up.
View all posts by Soho Shorts »
« PAINT THE QUEEN : DANCE TO THE BEAT ART EXHIBITION
LDN: FILM LONDON JARMAN AWARD 2012 EVENTS (3 NOV) »