Company 3 for the Best Director Category was Sacha Feiner for Un Monde Meilleur (A Better World). The short film Sahasi Chori by Erin Galey took home two HollyShorts Awards, one for Best Producer and the Women in Film Director’s Award.

The Method Studios Best VFX Prize went to Peter Szewczyk for Our Lady of Lourdes. With the win, Method awarded Peter with a $10,000 post prize. The Panavision Future Filmmaker went to Karaoke! By Andrew Renzi. ShortsHD presented the short film Amazonia by Sam Chen with the DirecTV Everywhere Award.

· BEST ACTRESS-Carla Quevedo for the film Side Effects

· BEST CROWD FUNDED FILM-And After All by Julian Ungano 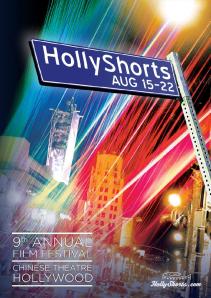 We celebrate the wealth of talent working across all genres of short format productions. For us that means anything under 45minutes including fiction, factual, animation, music video, and digital content in every degree. Year round Soho Shorts helps curate programme across the UK and internationally. Contact us if you want to team up.
View all posts by Soho Shorts »
« HOW TO SHOOT A £1 MILLION CAR COMMERCIAL ON A ZERO BUDGET
MUSIC VIDEO SHOWCASE @ ENCOUNTERS FF »