Filmville proudly announces UTOPIA – the Fourth UK Portuguese Film Festival.  Showcasing an exciting international line-up selected around the thematic of Film,  Memory and Landscape, this is the most ambitious UKPFF yet, expanded to include  mostly recent productions and emerging talent.

The selection weaves together a cross-cultural narrative of surprising  connections, presenting a rare opportunity to discover more about the artistic and  cultural singularity of production from countries such as Angola, Portugal, Guinea  Bissau and Brazil.  Among this year’s festival selection is Emmy Award-nominated Brazilian actor Lázaro  Ramos, who plays ‘Joãozinho’ in Zezé Gamboa’s The Great Kilapy – a witty portrait  of the last decade of Portuguese rule in Angola.

In association with their Pop: Images  of Desire, Barbican Cinema will be showing a one-off special archive session from  Portuguese New Cinema pioneer Antonio da Cunha Telles. His first feature The  Circle stood out for its unusual format and thorough photography.

Other highlights  are the playfully over-baked melodrama about an ill-fated preoperative transsexual in  João Pedro Rodrigues and João Guerra da Mata’s (To Die Like a Man) The Last  Time I Saw Macao, which received Special Mention at the Locarno International Film  Festival 2012 and Best Debut with honorable mention at the 2013 Berlin International  Film Festival, João Viana’s The Battle of Tabato, both showing at ICA.

Best First  Feature and Best National Film at Doclisboa 2012 Salomé Lamas’ No Man’s Land  reveals the shocking story behind the scenes of a hit man’s life in the Portuguese  colonial war era.

Once again in partnership with TAP airlines, the festival is offering two return flights  to Portugal. The winners will be announced by Christmas. The Portuguese Embassy in  London and Instituto Camões in Portugal support the event.

More information about the films and festival guests, visit:  www.utopiafestival.org.uk 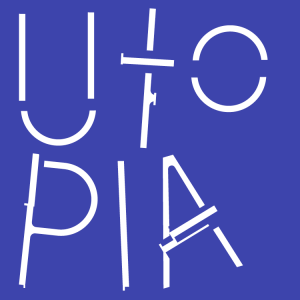 Filmville was founded in 2007 with the aim of curating and promoting film events  around Portuguese speaking countries’ cultures in the UK. Since 2010, Filmville has  programmed the annual UK Portuguese Film Festival, working with institutions such  as the Barbican Arts Centre, the Whitechapel Gallery, the Institut français, the  Tricycle Theatre and the Picture House. Fimville is run by Erica Faleiro Rodrigues and  Guilherme Blanc, with external help from freelancers and key institutions.