The RSSF 2011 program included over 50 events and 25 non-competitive screening programs from around the world.

Fancy joining us this year? The dates will be 11 – 20th July. You can enter your film to be considered for the competition categories now at http://entries.sohoshorts.com

The competitive selection was chosen from over 1200 entries from 53 countries. 148 films produced across 27 countries have been selected to compete at this year’s Festival. The RSSF 2011 Official Selection is joined by the Fujifilm Shorts competition, with awards being announced at a ceremony on Thursday 28th July 2011.

You can see the RSSF 2011 films in competition HERE.

2011 Films  include the sensational teaser trailer for the gore-flecked zombie game, Dead Island and the mesmerising newcomer God View, whose shock ending isn’t the only thing that contributed to its win at the East End Film Festival. The short film, Dust, propels us up into space while the animation, Four, burrows into the soil of changing seasons and Deeper Than Yesterday takes us to the depths of the ocean and of the human condition. Featuring actors this year include John Hurt (Alien, the Elephant Man), Phyllida Law (Much Ado About Nothing), Tim McInnerny (Black Adder, Notting Hill)  Dexter Fletcher (Lock, Stock and Two Smoking Barrels), John Atterbury (Gosford Park), and Peter Capaldi (The Thick of It), among others. Elsewhere, you’ll find fashion designer Paul Smith, vampires stalking the streets of Shoreditch, and performances in the music video category from David Lynch, Gorillaz, Jessie J, The xx, Take That, and many, many more.

Experienced filmmakers and leading figures from throughout the industry fed back their opinions and advice on everything from pitching, financing, marketing and distribution, to the more technical aspects of sound and film production, working with actors and script writing. In a range of free weekday seminars, moderated panel events offered practical solutions and discussion in five key areas of creativity in short form media: Advertising, Documentary, Animation, Short Film and Music Video.

We’re also combining with BAFTA for a third year of collaboration, presenting a day of discussions, debates and declamations, with all-day screenings, talks and seminars and an industry market featuring top media and film organisations from the UK and beyond.

A sell out each year, the event is an opportunity to meet people at every level across the production industry and will include 15 seminars/screenings through the day plus a trade fair. So whether you want to find out about how a Cannes Lion award winning campaign comes together, if shooting your next project in 3D is worth it, how to establish yourself as a commercial or music video director, make the jump from short films to features, what the future holds in your field or just how best to raise your game, then there’s an event for you.

Plus you could learn a thing or two from our panellists from institutions including the Royal College of Art (RCA), National Film and Television School (NFTS), London Film Academy (LFA), London Film School (LFS), Kingston University, and Skillset.

We’ll also be teaming up with Addictive TV: the boys will be hosting an event at The Apple store, Regent Street as well as appearing as guest VJ’s for an awesome closing night party.

Alongside the 2011 festival, Rushes Soho Shorts have also created Orbital London. Teaming up with Nokia, Fujifilm, Adobe and StarNow, along with some of London’s top Short Film societies, to present a challenge open to all filmmakers: write, shoot and edit a three minute film, based on the premise of a journey between specific start and end points around the edge of London. 90 filmmaking teams have signed up so far and completed works must be handed in by 1st July.

The winner of the Festival Magazine cover competition is Rodrigo Damian from Argentina with his image titled: Latent Image. Rodrigo entered two pieces of work, his second image, Terminal Velocity, will form the back cover.

You can see his online portfolio at:  www.myspace.com/visionterminal 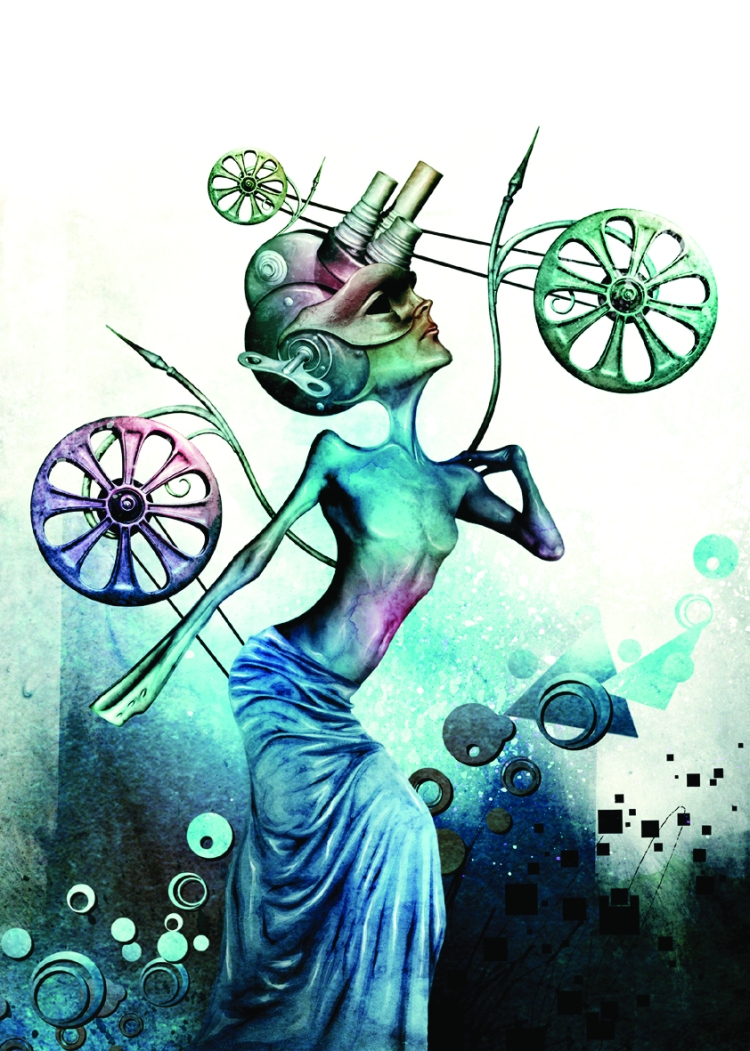