There is great potential for your short film to be distributed and for your work to reach a worldwide audience which could open up a whole range of new opportunities. Here are a few of the options available, many of which also present the possibility for you to earn royalties off your work.

Also, if you live in London, you can get in touch with some of the London Short Film Clubs for chances to have your film shown to enthusiastic audiences all over town.

ChargePlay provides a secure, reliable online platform for film makers and distributors to benefit from online demand for film by utilising pay-per-view technology. With operations in both the United States and the United Kingdom the company looks set to have a huge impact on the accessibility of online content.

Chargeplay offers a film distribution ‘engine’ that drives the technical aspects of charging for content through a cost-effective process. By using their technology partners, PayPal and Amazon, ChargePlay can provide an enterprise service at a fraction of the cost of other providers.

Renderyard was established six years ago by Founder and Director Mark Reid to provide a creative platform for showing experimental film and animation made by emerging filmmakers. They help to produce and distribute short films throughout the country and abroad, and have a yearly film festival held in London. Renderyard is a digital playground that gives film makers the chance to view and contact each other and provides a strong network facility for emerging new talent.
The film festival explores cutting edge animation and experimental short film making. The films that are shown have been produced by drawing inspiration from personal sources and influences that allow each contributor to project their personal reflections as new visual art forms.

Distrify is a powerful suite of digital tools that turn the entire internet into a movie marketplace, embracing the changes that are affecting the film industry. Attention-spans are shorter, people are avidly sharing things they like, people often won’t wait until your official release in their country to watch your film. Distrify allows your films to be available for purchase as soon as the trailer is released.

MiShorts is a ‘boutique’ Video-on-Demand service created by the people behind Final Cut, one of the UK’s longest–running independent short film exhibitors. Their aim is to bring you the world’s best short film download service and help promote the work of indie filmmakers everywhere. Once you become a member, you can watch all the films online and download most of them in seven different formats.

A commission of 50% of the advertised price of a film is paid to the film’s owner/licensee every time it is purchased. Payments are made via the PayPal system with real-time data on downloads and earnings per film displayed in your profile.

Dazzle is one of the UK’s hottest independent short film labels and handles the exclusive distribution, exhibition and sales rights for a selective catalogue of award-winning, critically acclaimed UK and international titles.

Future Shorts is one of the world’s leading short film distribution labels, representing an extensive and eclectic catalogue of original, award-winning films from across the globe. With years of experience in acquiring premium content and programming cutting-edge film packages, Future Shorts is a one-stop shop for broadcasters seeking the latest groundbreaking talent and content on the market.

The organisation’s main activities are distribution – acting as an agent for artists who work with the moving image; exhibition (screenings, gallery exhibitions, touring shows) both independently and in partnership with other organisations; publishing (books, DVDs, websites); commissioning both new art works and writing; research support for curators, researchers and academics; professional development support for artists and arts professionals and the development of research resources. 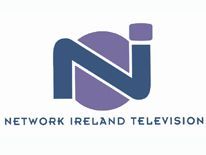 Since its inception 17 years ago. Network Ireland Television has become the foremost independent TV programme and film distributor in Ireland, dedicated to providing the best in contemporary film and TV programming for international audiences.

The company represents a wide-ranging catalogue of quality TV, Film, DVD and Video material from both independent producers and broadcasters both in Ireland and elsewhere for sale worldwide. Through professional promotion and marketing activity in the most appropriate overseas markets, the company’s catalogue is serviced by buyers and sub-distributors worldwide.

Shorts Internatioanl is the world’s leading short film entertainment company with the largest catalogue dedicated to short format work. They bring the best short films to audience in the United States, Europe and Asia in cinemas, on television, on the iTunes store or elsewhere online.

onedotzero represents a select catalogue of international award winning short films, animations and installations for worldwide distribution to all platforms. onedotzero sources its films from all over the world, utilising its global network of film festivals and content partners to discover the best of new digital film, animation and interactive projects.

The shorts can be sold as individual pieces or as a programme package, according to acquisition requirements. We are happy to work with organisations to acquire and curate the right packages for their needs for broadcast, exhibition, online or other platforms.

onedotzero operate a free to enter submissions policy, which encourages new talent, working artists and individuals from within creative industries to submit new work for festival curation and distribution. 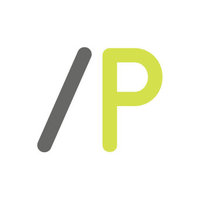 Animate Projects is the only arts charity in the UK dedicated to championing experimental animation.

They have an international reputation for the artistic quality of the work they support, and the Animate Collection is renowned as the premier online resource of experimental animation. Animate offer cutting edge animators the space to take creative risks, to explore new forms, tools and processes so they can extend and redefine what animation is, and create radical new work.

Get in touch if you think we can add to this page or for any other feedback: